Digital technologies to improve the reliability of election results have become more widely used around the world in the past two decades. In African countries, nearly all recent general elections have used various kinds of digital technology.

We found that even though digital innovations enhanced elections in Nigeria for the reducing instances of electoral fraud and irregularities, there are still some drawbacks affecting their efficiency.

It could be concluded as follow: the problems are not operational issues relating to machines not working. Rather, they reflect problems in the management of elections.

While digitisation holds great prospects, some political actors remain unconvinced. In July 2021 the Senate rejected the provision in the Electoral Act for the introduction of electronic voting and electronic transmission of results.

These innovations would be a step beyond the voter’s card and smart card reader. Both are aimed at reducing errors in the faster results tabulation.

The Senate said electronic voting was likely to compromise the credibility of elections, as did the malfunction of some card readers during the 2015 and 2019 elections.

The rejection hinged on the National Communication Commission’s comment that only half of the polling units could transmit election results.

The federal government also claimed that digital transmission of election results could not be considered in the 2023 general elections because 473 out of the 774 local governments had no internet access.

The Senate later rescinded its decision after a public outcry.

But the electoral commission persisted in its call for digitisation. And civil society organisations have shown support because of the prospect of reducing electoral fraud and improving transparency. They have also pushed for electronic voting and transmission of election results.

Similarly, the Nigeria Civil Society Situation Room, an umbrella for over 70 civil society organisations, supported the use of digital technology.

I discovered through my research that the application of digital technology to some extent has enhanced the quality of elections in Nigeria. It’s an improvement compared to previous elections characterised by fraud and manipulation.

However, there are some drawbacks owing to technology failure and structural and systemic problems. One of the systemic issues is that the electoral commission lacks autonomy in terms of funding. Others are lack of transparency and accountability and insufficient security during elections. These have cast doubt on the elections’ integrity and raised concerns about the reliability of digital technology.

This is not surprising. Evidence from studies has shown that the outcomes of digital technology in elections are mixed.

For instance, during the 2019 elections in Nigeria, there were cases of smart card readers malfunctioning in some voting centers. This delayed voters’ accreditation in many polling units.

Further, there was no uniform contingency plan nationally. The electoral officials allowed manual voting in some polling units. In other cases, they permitted the use of “incident forms”, a form filled by election officials on behalf of a voter before being allowed to vote. This happened when smart card readers could not authenticate the voter’s card. A lot of time was wasted in the process, resulting in an extension of the voting period. Many of these hitches occurred, particularly during March 2015 presidential and national assembly elections.

Despite these challenges, I found that the application of digital technology since 2015 has modestly improved the overall quality of elections in Nigeria. It has reduced the incidence of double registration, electoral fraud and violence and restored some degree of confidence in the electoral process.

Systemic and institutional issues persist, the autonomy of the electoral commission, inadequate technology infrastructure and security are concerns in Nigeria. So are trust and confidence in digital technology among politicians and voters.

These should be tackled by government undertaking more reforms of the electoral body and improvement in technological infrastructure. Further, the National Assembly should review the Electoral Act, particularly its security aspect. I think if security is enhanced during elections, digitisation will proceed better.

Similarly, concerted efforts should be paid to the risk of digital technology’s failure. And election staff should get adequate training on how to use the technology.

For the above mentioned concerns, Integelec’s latest solution integrating the electronic voting based on ballot marking device at precinct level and central counting system at an Central counting places where the infrastructure may be better may be an answer.

And benefiting the easy-deployment & operating-friendly experiences, it could really improve current elections in Nigeria. For more details please check the link below to learn how will our product work:  Electronic Voting process by BMD 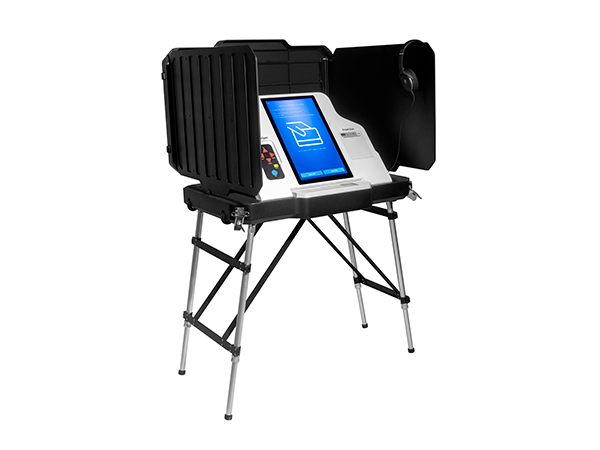